Scientifically, on average, an infected person – including old viruses or new strain corona virus (Covid-19) – can infect about 2-3 people.

But that is the average number! There are cases where an infected person does not infect anyone. And there are cases of “superinfection” – patients who tend to spread the disease to more people than that.

A prime example of superinfection is in a British businessman. He was infected with a virus in Singapore at a business seminar at the Grand Hyatt hotel, then spread to 11 others on his way back. Or most recently in Korea, the 31st patient – a 61-year-old woman who infected at least 23 people – attended the ceremony at a church in Daegu City.

23 is not the final number, because according to the authorities, the number of people infected from this patient is about 40, not to mention she was exposed to 166 others, and that ceremony had 1,000 participants.

At this point, are you curious exactly what “superinfected” patients are? And is this a concern in the fight against the spread of corona virus from the Covid-19 virus of other countries?

What is “super infection” really?

According to Professor Tikki Pangestu from Singapore’s Lee Kuan Medical School, “superinfection” refers to cases where infected patients move to different places, causing the virus to spread to many people in different locations. In fact, outbreaks of past outbreaks have also resulted in “hyperinfection” cases, including SARS and MERS.

Leong Hoe Nam – an infectious disease specialist from Mount Elizabeth Novena Center (Singapore) added that a patient needs to infect at least 5 to 10 others to be considered a “super-infectious” form.

But even so, experts say information about such cases is actually too little. Because of this, science has yet to explain why some patients may become “super infectious”, while others may not. In addition, Professor Pangestu also emphasized that the number of 2-3 people is an average estimate, based on the data collected to date.

“It’s really difficult to determine the number of infections that originate in a person, especially when the situation changes every day,” – Pangestu shared in an interview.

“There may be a case of one person infecting 100 people, but it is also possible that 10 people would not infect anyone.” Images of body temperature in Malaysia

The origin of “super-infections” and whether they can make germs spread faster?

In fact, there is no definite answer that “superinfected” patients are a faster and more effective source of viral spread than ordinary people. However, some experts in infectious diseases have come up with some hypotheses for this story.

Ooi Eng Eong, director of the Infectious Diseases Program at Duke-NUS Medical School (Singapore), may sometimes simply lie in whether the patient has social interaction or not. 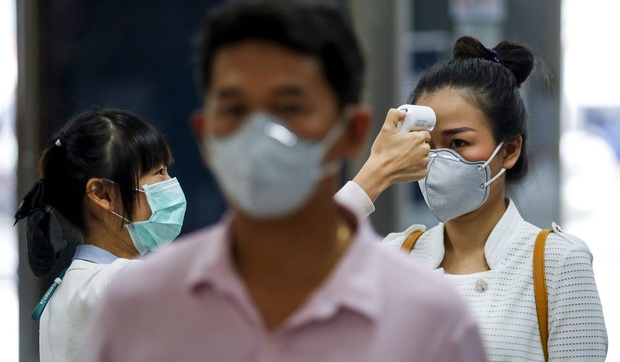 “For example, they accidentally covered their mouths with hands when coughing and unwashed but shook hands with other people, or ate at the same table … that’s how the virus spreads,” – Eong said.

Another possibility shared by Leong’s experts is that there exist people who contain more viruses than the rest due to their weak immune system. They are able to release larger amounts of the virus through body fluids. In addition, some people with low courtesy (coughing or sneezing do not cover their mouths in public places) can make many others sick.

Still, all is just a hypothesis. According to Ooi, despite the many biological factors in this story, it is difficult for science to get an accurate answer overnight.

“We still don’t fully understand the new virus, and I don’t think science will work soon, because the number of such patients is very small,” – Ooi shared. “When the number is too small, we cannot tell if this is random or if such people exist.

Answering the question of whether “superinfection” cases are likely to occur when the virus spreads to other countries’ borders, Pangetsu believes that there is currently no scientific evidence to support this view. “Infections” are more likely to occur in crowded places, and people who are more likely to become “super-infectious” are usually the elderly, young children, or those who are seriously ill, which weakens the immune system.

“The existence of superinfected patients is worrisome, but it should be understood that this is a normal phenomenon in epidemics,” – Hsu Li Yang, director of infectious programming at National University of Singapore.

“In general, it is not advisable to discriminate against superinfected people. The majority of those cases are not their fault.” 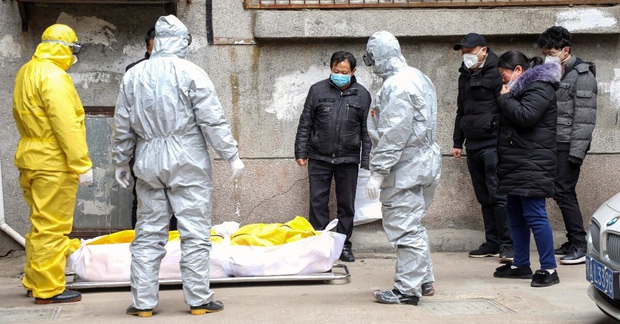 Basically yes! The emergence of a potentially contagious pathogen requires a very quick reaction. In most cases, the most effective way to stop superinfection is to ensure that contacts are quickly quarantined.

Leong said the best way to determine if a superinfection case exists is to ensure accuracy when tracking data. “The more accurate the tracking, the faster the ability to control the disease.”

According to Ooi, whether it is super-infectious or not, the precautions for each individual are still the same. He said everyone should practice good hygiene habits – washing their hands often, wearing masks, and especially not touching their faces after touching public surfaces. In addition, cases showing symptoms of common influenza: sore throat, runny nose, fever … should be limited to outside.

The octopus is officially the most monstrous creature on the planet, in a way you could never have imagined.

Time magazine released a rough brick cover with the title: 2020 is the worst year in human history

The ’20: 80 ‘rule will change your life, even Steve Jobs knows and applies it very successfully

From monuments to mysterious alien drawings: The eccentric and mysterious places have only been known to the world since … Google Maps was born

The octopus is officially the most monstrous creature on the planet, in a way you could never have imagined.

Time magazine released a rough brick cover with the title: 2020 is the worst year in human history

The ’20: 80 ‘rule will change your life, even Steve Jobs knows and applies it very successfully

From monuments to mysterious alien drawings: The eccentric and mysterious places have only been known to the world since … Google Maps was born